If you were to ask me what the best new IP to release in the last few years was, I’d ultimately have to say Horizon Zero Dawn. If you haven’t played it yet, you’re in for one of the best narratives in gaming since The Last of Us, in my expert* opinion. The combat is very addictive, as well, but I was mostly impressed with a story that was so fresh in comparison to many of the games we have today. I hope this game can help you enjoy it as much as I did. 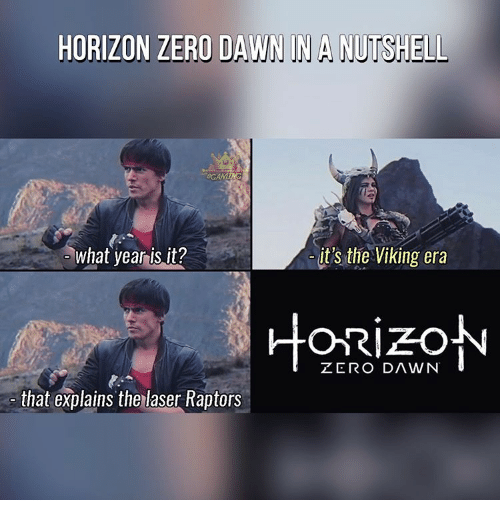 I promise it all makes sense after a few hours…

Due to the fact that I love the story so much, a lot of the rules are going to revolve around the story and quests. That is, besides my favorite aspect of this drinking game, which is The Name Game, which I’ll display first. What is it, you ask? Well, Aloy gets a lot of, uh, “titles” throughout the course of the game. I’ve taken the liberty of writing most of them down and assigning drink values to them. Some of these might be slight spoilers, but some of them are sarcastic, so you can’t really know which ones are serious! Enjoy! And let me know if there are any I’ve missed, and I’ll be sure to add them to the list. 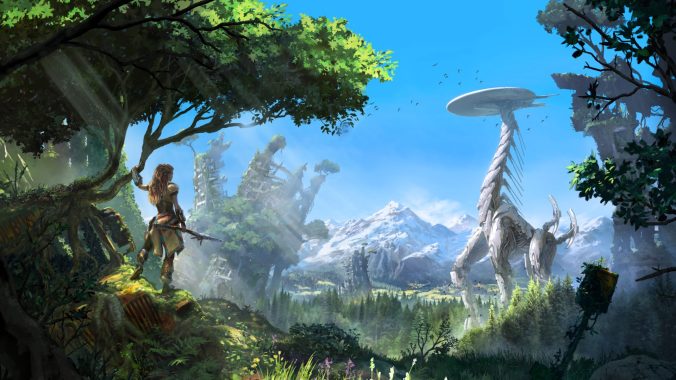 It really is almost this pretty in-game. Okay, I’ll stop drooling over it.

You Fail Sneaking up on an Enemy – 5

Use the Elevator – Chug!

Take a drink any time you receive damage from a machine.